Things that make me see red

I was surfing Etsy and admiring all the wonderful stuff people make... and then I stumbled over this:

There is so much wrong with this disgusting thing...

There are several people who would be ready to die for me. Jesus and "the American Soldier" are not among them. No-one is asked nor wanted to die for me though. I am fully capable to die for myself.

Don't the Christians claim that Jesus already DIED for "our souls"? Are you claiming that your idea of God demands MORE human sacrifices for "our souls"? That one is not enough? Well... it's a slippery slope, that thing with human sacrifices. If there's one, someone always comes up with the idea that more is needed... That's why the Jewish God is adamant about not one human, how ever divine this human is considered (which idea BTW is also an abomination according to the Jewish God) is to be sacrificed to appeal or please or calm down God.

If you decide to write "Soldier" with capital letter, you should also write "The" with a capital. On the other hand, people who come up with stupidities like this are known for their inability to think.

No "American soldier" is ready to die for MY freedom. Frankly, 90% of them wouldn't even die for the freedom of another Usonian. Also, they mostly die for the greed, egotism and stupidity of the people who sent them here and there. Iraq and Afghanistan have never been a serious threat to any Usonian's freedom. Justifying the illegal aggressions with such blatant lies is so damn offensive, insulting and abominable there are no words to express it.

I have nothing against soldiers per se. I am eternally grateful to the Finnish soldiers who DEFENDED Finland against Russians in WWII and kept Finland Finnish and made it possible for me to be born Finnish. But that's the thing. If you travel aboard to "defend freedom", if you invade someone else's country and kill the people living in that country, to "defend your freedom", you are living a lie bigger than many others... possibly only the lie of that God wants/needs someone to die for your soul is bigger...

Also, I hate people who think "patriotic" is synonymous to "red, white and blue" and "stars and stripes". Patriotic is something else for over 90% of the world's population, but, no... "I'm Patriotic (with big P) and I'm American, so Patriotic means American!"
(Yeah... "patriotic" isn't synonymous with "stars and stripes" to the majority of Americans either... only to Usonians. But Usonians have also called themselves Americans "forever", so they will continue with the practice and fuck anyone who dares to oppose their national chauvinism. You make words like "patriotic" and "American" ugly and I don't like it one bit.)

To think that someone took a piece of wood that could have been used to something useful and beautiful and turned it into that... 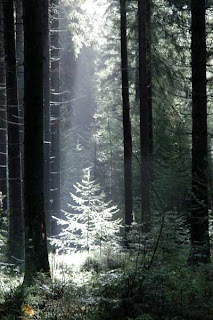