So you want to be vegetarian? 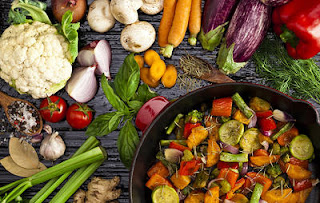 1) Dont worry so much about if you get enough nutrients.

2) Don't change your diet too much.
You don't need to get dramatic about this.
Firstly, a lot of the food we eat is already vegetarian. Like macaroni and cheese.
Secondly, most of the dishes we eat don't taste "meat". They taste spices and sauce and so on. Minced meat can easily be replaced with finely chopped vegetables, beans and mushroom, etc. I don't think most people notice much difference between a bolognese made of minced meat and a bolognese made of lentils.
Google "vegetarian [your favorite dish]". It highly likely it was someone else's favorite dish also, and this someone else became a vegetarian already 40 years ago and has created a vegetarian version that is just as satisfying and delicious as the meat version, if not better.

3) Don't buy any "meat substitutes", like fake bacon, fake hamburgers, fake sausages, fake chicken etc. There is NOTHING that "tastes just like" that isn't what it's supposed to taste like. If you make a vegetarian hamburger, the vegetarian patty in your hamburger will taste good and give you the experience of eating a hamburger, but if you expect "not to know" it's vegetarian, you will be disappointed. And why would you stop eating meat burgers, if it's that important to you? Some people prefer chicken burgers to beef burgers, some people like fish burgers, and some people actually prefer veggie burgers even without being vegetarians. The only thing vegetarian food just can't replace is steak. But most people eat A LOT of other things than steak, and most people who don't, won't ever even consider becoming vegetarians. :-D

4) Focus on what you CAN eat and not on what you can't. There are hundreds of different soups, stews, casseroles, pasta dishes, stir-fries, curry, sandwiches, pies and so on and so forth, steak is just one dish.

5) Remember eggs and dairy.
If you are concerned about the welfare of farm animals, it's more likely you have an impact if you choose small-farm free-range organic locally produced eggs over egg factory eggs, than if you don't. People care about money. It is a fact They don't care about your opinion, and, frankly, you don't care about theirs. Educate yourself about the farm animals and how they are being treated from birth to death, and make educated choices. Spend a little more money on produce produced in a way you can accept, travel extra miles to support your local farmers, pay with your comfort and money to  make farmers more interested in producing ethical eggs and dairy.

6) Try new things. Increase the ingredients you eat, increase your ability to cook, increase your knowledge about cooking all over the world. Try a new recipe and new ingredient every week.
- look for inspiration from poor countries and poor people - meat is expensive
- look for inspiration from religions, like Jainism. In many religions vegetarianism is considered a better way of eating, and there's plenty of recipes and diet plans for that purpose.
- look for inspiration in countries where a lot of cuisine is plant based; India; South-East Asia (Indonesia and Singapore); Latin America (a lot of diet is based on beans, corn, potatoes, tomatoes and peppers, and fruit); South-West Asia (Middle East); Caribbean, especially Jamaica (vegetarianism is considered ideal in Rastafarianism); Africa (especially Ethiopia). One great source of vegetarian recipes for a Westerner is Italy. It's like the carnetarian cuisine, uses the same spices and so on, so it's easy and familiar way of eating, familiar flavors and textures. It might be hard to try to eat something from a strange food culture