In Finland we have something called Mignon eggs. Fazer has been making these for over 100 years now. The Mignon eggs are filled with nougat ganache, but they are still very good :-) 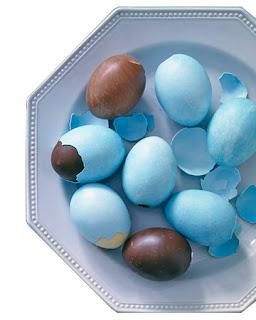 How to make a washcloth bunny: 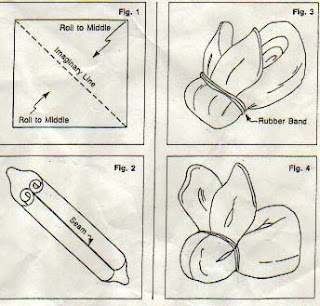 You can take any longer strip and bind it into a bunny, like for example a strip of dough and make bunny buns ;-)
You can also make bunnies from napkins for Ostara table setting. 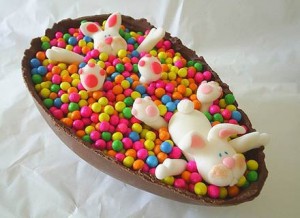 You could make Ostara piñatas that look like eggs.

This panorama egg is made by winding thread around a balloon, gluing it on place, then the balloon is popped, hole cut and "egg shell" varnished to keep it steady, and filled, and decorated. 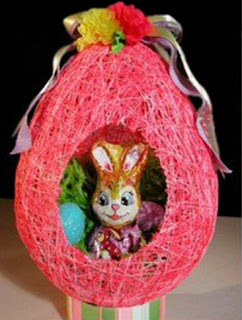 Carrots are not very Ostara-y things, but bunnies are, and bunnies and carrots are associated, so one could make a garland of bunny and carrot cones... naturally filled with candy :-D
Here's how to make the bunny cones
and here's a "carrot full of candy".

carrot cake is naturally a well-known sweet, and you can make cake pops of carrot cake, or cake truffles or petit fours.

My parents told me that during the war the carrots were sliced into thin coins and boiled with sugar into candy - that is, candied.
Here's carrot cake decorated with candied carrots
and here's carrot cupcakes with spiced buttercream frosting and candied carrot crisp topping
(Here's the better carrot cake recipe :-D)

With all the sugar and boiling, one can make carrots into a less healthy option :-D

You can also take the easy way out and fill a clear plastic bag with orange candy (or dried apricots... if you wish to have it a bit more natural ;-)) 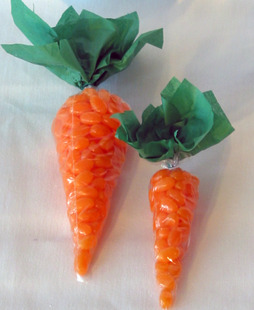 About some other feasts of this time of the year:

"The Festival of Isis was held in ancient Egypt as a celebration of spring and rebirth. Isis features prominently in the story of the resurrection of her lover, Osiris. Although Isis' major festival was held in the fall, folklorist Sir James Frazer says in The Golden Bough that "We are told that the Egyptians held a festival of Isis at the time when the Nile began to rise… the goddess was then mourning for the lost Osiris, and the tears which dropped from her eyes swelled the impetuous tide of the river."

"For the ancient Romans, the Feast of Cybele was a big deal every spring. Cybele was a mother goddess who was at the center of a Phrygian fertility cult, and eunuch priests performed mysterious rites in her honor. Her lover was Attis (who also happened to be her grandson), and her jealousy caused him to castrate and kill himself. His blood was the source of the first violets, and divine intervention allowed Attis to be resurrected by Cybele, with some help from Zeus. In some areas, there is still an annual celebration of Attis' rebirth and Cybele's power, called the Hilaria, observed from March 15 to March 28."

"In Slavic mythology, Maslenitsa is a sun festival, celebrating the imminent end of the winter. It has now blend together with the Christian Lent tradition, and is thus celebrated as the last week before the Lent.

Maslenitsa includes masquerades, snowball fights, sledding, riding on swings and plenty of sleigh rides. In some regions, each day of Maslenitsa had its traditional activity: one day for sleigh-riding, another for the sons-in-law to visit their parents-in-law, another day for visiting the godparents, etc. The mascot of the celebration is usually a brightly dressed straw effigy of Lady Maslenitsa, formerly known as Kostroma. (Some scholars believe that the scarecrow symbolizes Mokosh.)

As the culmination of the celebration, on Sunday evening, Lady Maslenitsa is stripped of her finery and put to the flames of a bonfire. Any remaining blintzes are also thrown on the fire, and Lady Maslenitsa's ashes are buried in the snow (to "fertilize the crops").
(Some regard kostroma burning as a sacrifice to Jarilo. It is assumed that the custom of burning a scarecrow replaced the human sacrifice formerly practised by Slavic pagans. Today, many celebrations burn scraps of paper on which are written sins along with the effigy in a bonfire.)" 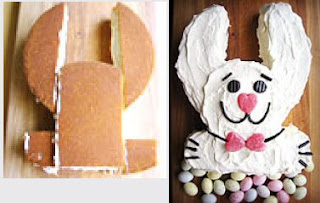 "Purim is a Jewish holiday commemorating the rescue of Jews living in Persia from certain destruction at the hands of Haman, an evil Persian nobleman. The king was married to a Jewish woman, Esther, who together with her uncle managed to expose Haman and rescue the Jews of Persia.

Much of Purim is spent in various stages of merrymaking and charitable acts. One tradition of Purim involves the creation of a food platter or basket for neighbors and local charities. During Purim, many participants wear colorful costumes and masks while parading through the streets."

Purim is most likely developed from the Persian Nowruz, New Year, which is celebrated at Spring Equinox. 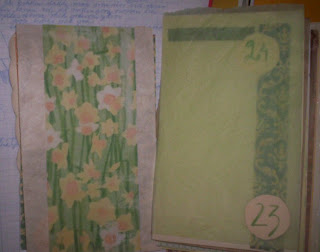