Pagans can be "good people" too 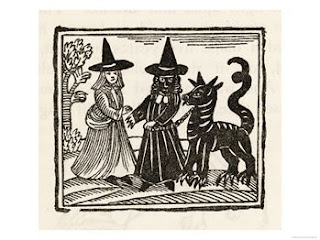 I'm not Christian, Jewish or Muslim. I don't care about the rules these three religions give to their followers of being a "good person", and I don't need to. These rules are for Christians, Jews and Muslims only, even when sometimes they act as if that was not the truth. Frankly, I'm already a "bad person" because I "break" the most important rule of them all - I don't believe Jesus even existed, I don't think Muhammed was right and I'm not Jewish. :-D So why even bother doing any of the other stuff?

Here's where the philosophical ideas of morality and ethics come in. Just because I don't believe the same way you do, doesn't mean I'm automatically immoral and have bad ethics.

I am just as loving, caring and kind to my fellow human beings as anyone else on this planet. In some cases more so than certain others, in some cases less so.

For example, I refuse to judge people because of whom they love, but I will judge people if they choose to physically "love" someone who is not a consenting adult human being. I don't have any problems with homosexuality or polygamy or polyamory, but I have huge problems with pedophilia and zoophilia and "legalized rape", where women are married to someone against or in spite of their will.

I also am generally tolerant, but I don't tolerate extremists and fanatics, nor missionaries who lie, cheat, threaten and punish people to get them "convert". Oh, yes, that happens. I saw a documentary from Papua New Guinea, where the natives were subjected to all of this. The missionary promised the people that if they convert to Christianity, they will be healed, from asthma and everything else, they will get rich and have cars and pigs and what-not. When the majority of the village was converted with lies like this, they were encouraged to make the rest of the village convert too, by telling them, that they weren't cured and rich, because of the few non-Christians in the village. A couple of people were forced to move out of the village, and the loneliness made them come back and convert too, in the end. After that the missionary left the village never to return and answer to where is the cure, cars and pigs he promised... The village kept an eye on each other and punished each other for any minor slip, as the cause to why the missionary's promises weren't fulfilled. >:->
Of course, this story is about just one crooked missionary, but I hold the whole Christianity responsible for this. It's not that this way of missionizing is much different from how Europe was Christened. It began with Charlemagne who cut down the Holy Woods, continued through crusades and inquisition - and yes, that too is the responsibility of the whole Christianity.
It's not either that this sort of things would be unknown in modern, mainly Christian society. My Jewish husband is being harassed and abused because "Jews killed Jesus". Pagans get their HOMES vandalized with the Christian society's good will. I do hold the whole Christian community responsible, for failing to teach their children that this is wrong, for failing to apologize for what their own youngs do (and in some cases these people are not even young) and try to repair the damage.

Exodus 22:21
You shall not wrong a stranger or oppress him, for you were strangers in the land of Egypt.

Exodus 23:9
You shall not oppress a stranger, since you yourselves know the feelings of a stranger, for you also were strangers in the land of Egypt.

Leviticus 19:34
The stranger who resides with you shall be to you as the native among you, and you shall love him as yourself, for you were aliens in the land of Egypt; I am the LORD your God.

Deuteronomy 10:19
So show your love for the alien, for you were aliens in the land of Egypt.

Matthew 5:44
But I say unto you, Love your enemies, bless them that curse you, do good to them that hate you, and pray for them which despitefully use you, and persecute you;

Luke 6:27
But I say to you who hear, love your enemies, do good to those who hate you

Romans 12:20
But if your enemy is hungry, feed him, and if he is thirsty, give him a drink; for in so doing you will heap burning coals on his head.

This is what YOUR Holy Book says about "strangers" and "enemies". Do see me as a stranger and your enemy, but remember that if you treat me as I treat you, YOUR GOD will punish YOU for it. Not me. You are endangering YOUR place in heaven, not mine. I don't have any. You, as a Christian, are also responsible for what your children and other Christians do in your community. It is your duty to remind them, to discipline them, when you see they are doing something wrong. Allowing the town gang to bully the town witch, makes ALL the Christians of the town to risk their spot in Kingdom Come...

Sure, it can be hard to go against the human nature, and it can feel bad to know that it IS expected more of you than of me, but this is the payment for your salvation. This is your ticket to the heavenly wedding. We will get what's coming to us in the end, just like everyone else.

"Not everyone who says to Me, 'Lord, Lord,' shall enter the kingdom of heaven, but he who does the will of My Father in heaven. Many will say to Me in that day, 'Lord, Lord, have we not prophesied in Your name, cast out demons in Your name, and done many wonders in Your name?' And then I will declare to them, 'I never knew you; depart from Me, you who practice lawlessness!'"
- Matthew 21-23

But back to the possibility of non-believers being "good people".

I agree with no objections to "idolatry and witchcraft", even though I believe there is only one God to whom I am and will be true and loyal to the day I die and beyond, if there is life after death, and because there IS only one God, I am not technically guilty of idolatry. I also know that the followers of the Abrahamic religions disagree with me there, because I do not follow any Abrahamic religion, I'm a true Pagan, and that is what they mean with idolatry. Also, I am a witch, so of course I'm guilty of witchcraft :-D
I also appreciate my senses very much and I think we have come to earth filled with things to experience and appreciate through senses to do just that - experience and appreciate the world through senses. I believe one is to ENJOY life. Nevertheless, "drunkenness and orgies" are not part of that. I'm Epicurean, not hedonist.
But I also believe that one is to be kind to one's fellow human beings here on earth. Of course, I don't always succeed in that, but who does? So far I haven't met anyone who has managed to go through his or her life without ever "acting sinfully" with "hatred, discord, dissensions and factions", especially not those Christians, who engage in all of this in their relations with anyone who is Pagan, witch, homosexual, not doing things as they want things to be done, not belonging to the same group of people. I at least admit openly that I do hate some people and that I have strong prejudices about certain groups I do not belong.
Of course I have been envious and jealous to people, the more the older I get. That too is something I think everyone has experienced. What I have not done is acting on the envy and jealousy. I don't hate people because I'm envious to them, I don't sabotage their work, speak ill of them or so, because I'm envious or jealous. I do that because I think these people are harming others and I want to stop that. Also, I never lie nor mislead people, like some people do. But - hatred and discord, that is there.
There is also love, joy, peace, patience, kindness, goodness, faithfulness, gentleness and self-control.
So - this tree bears a couple of bad fruits, but most of them are good. Whether you see me as a good tree or bad depends on which fruit you taste, and if you judge the whole tree by one fruit. This is true with the whole humanity.
None of us is 100% good and bears nothing but good fruits, just as none of us is 100% bad and bears nothing but bad fruits.
Posted by Ketutar at 12:11

This is probably the BEST entry of your entire blog, and something I actually can agree with (most of it anyway). I do view you as an enemy, but only because you attacked one of my sisters publicly, and on your blog. If I were you, I would think about starting to practice what you so eloquently preach to others. I agree nobody is perfect, nobody is completely good and nobody completely bad. I happen to be blatantly honest most of the time, and it can be cruel and bite me in the butt, but at least I am honest and don't tell other people do live any way that I myself wouldn't live.

Living as you teach is a question of definitions. You might see missioning as sharing the best you have to unfortunate people, I might see the very action as a vicious attack on me, my private life and my beliefs. It's the same way with everything, Steph.

I see my "attack on your sister" as act of defense. I am defending the Jewish way of life from unauthorized thieves, which your sister happens to be. She gave away every right to ANYTHING Jewish the way she chose to make a mere human being her god. If she wants to celebrate Chanukkah or anything else Jewish, she must denounce the man-god Jesus and forget the whole polytheistic concept of "trinity". That violates the core of Jewish beliefs, the most important law ever expressed in the Torah, the one thing all religious Jews hold dear - "Hear, O Israel: the Lord our God, the Lord is one" - one undivided singular entity, not one-part-on-earth-other-in-heaven dividable trinity. Not "Father, Son and Holy Ghost". Only God.

I am not telling you how to live your life and how to worship God and which God to worship. But I am most certainly telling you NOT to violate other people. Isn't this the very same reason YOU are here? To tell me not to violate your sister?

Also, YOU are commended by your god to love your enemies. I have no such obligation. If you expect me to live by the Christian standards and rules, you are indeed "telling" me to live in a way you wouldn't live yourself: by the rules and standards of a religion that is not yours.