This post is heavy with pictures!
When I was looking at the "mud houses", I found "one man's follies"... The Castle Builders :-)

One of them was Damanhur. I had never heard of that. Apparently a man had dreams of this... temple. He wanted to built it. So he did. He and his friends moved into this house and started digging and cutting stone, and built this 300.000 square feet big temple in the hill... 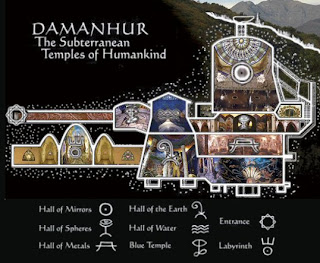 There are some pretty amazing things and then some pretty horrible things :-D
(To me, that is - I am talking for myself now.) 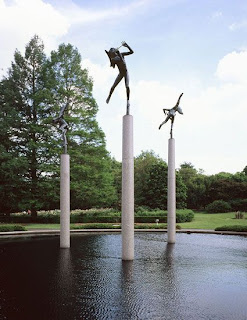 This is some sort of music room... I think it might be linked to the crystal sphere room... these glass rods are several meter high and there are wind chimes placed around it, so one can walk around and make them chime, and the music moves around quite beautifully. 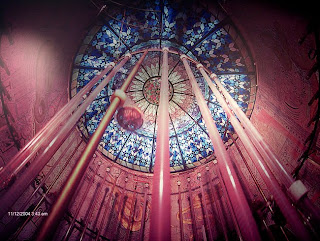 I suppose this is water hall... it looks like it :-D 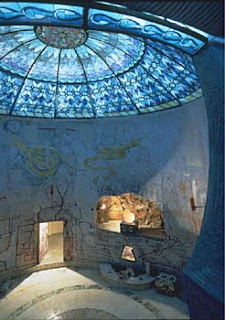 These are two parts of the labyrinth. It's really fascinating... there are staircases that lead to small rooms, and then there are secret doors and staircases from these seemingly "dead ends" to lead you on in the labyrinth.
This is the floor of the Moon room - it depicts the Star from Tarot cards. Then, somehow, they have made the floor open to a staircase! I adore secret doors and staircases, especially as clever and "mystical" as this one :-D

The labyrinth changes all the time... these are just two parts, but there's an Egyptian part and Minoan part and several others... The boys really did a lot of work! 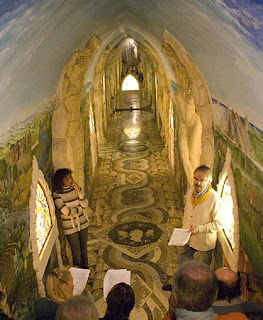 This is one of the halls... I don't know which one, but the picture in the middle shows the roof of the hall. Very beautiful... I'm not too fond of the murals, they are a little too "perfect" to my taste. 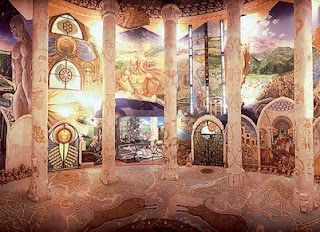 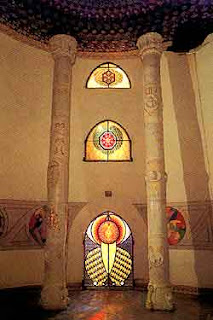 I think they would be better in Klimt style, or like the Golden Hall in Stockholm city hall :-) 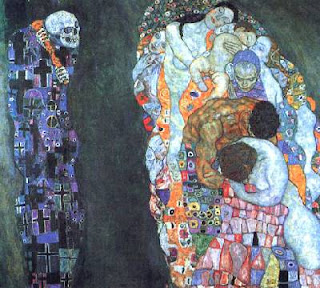 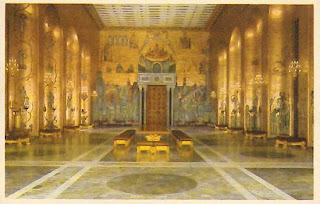 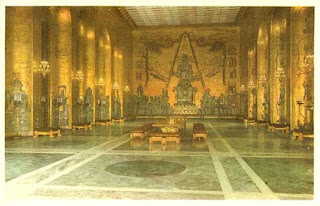 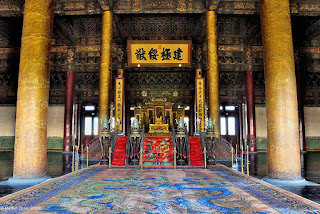 Reminds me of the Hall of Supreme Harmony from Forbidden City...
Somehow I also think about this: 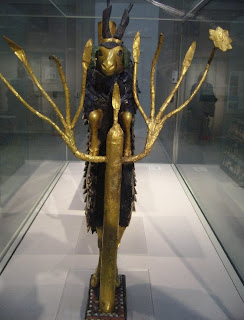 This is The Hall of Earth - the roof has lamps that depict the constellations :-) 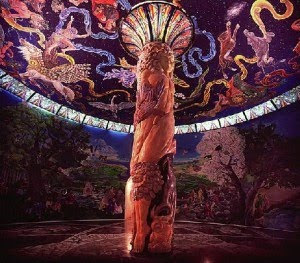 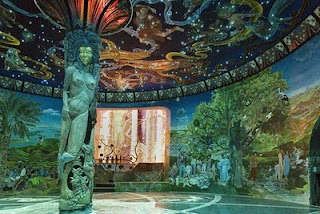 I also like the lady with the lamp growing from her head ;-) 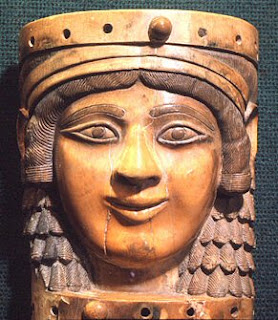 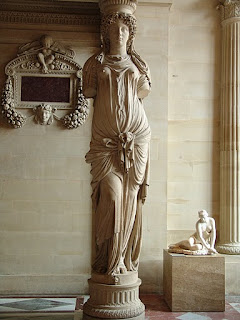 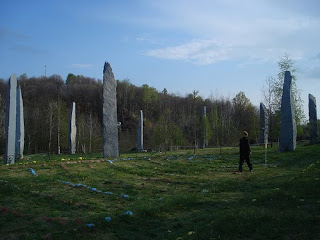 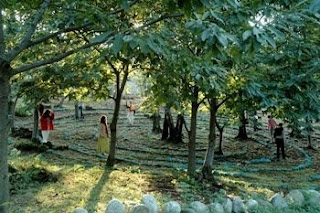 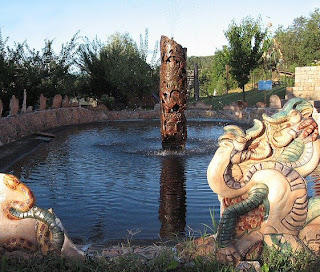 I think this might be from Damanhur too... pity that the snake border has broken :-( 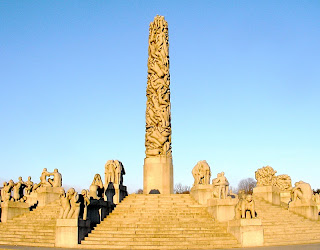 Monolitten from Vigeland Park in Norway. The whole park is an amazing celebration of humanity.

And last, an artist's depiction of Atlantis... They say this Damanhur has some sort of connection with Atlantis... so I suppose it's somehow connected to the whole thing :-D Fascinating image, any way ;-) 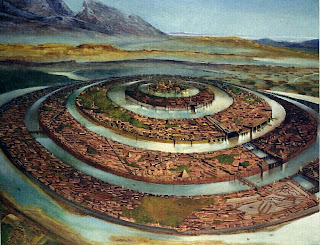 I told you it's heavy!

P.S. Also see the Derinkuyu underground city and the greek labyrinth caves...
Posted by Ketutar at 03:18